The City of Ryde is a local government area in the Northern Sydney region, in the state of New South Wales, Australia. It was first established as the Municipal District of Ryde in 1870, became a municipality in 1906 and was proclaimed as the City of Ryde in 1992.

The City of Ryde has an area of 40.651 sq kms is located 12 kilometres north-west of central Sydney. There are 16 suburbs within our City, with a mix of residential living and successful business, retail and educational centres. The City of Ryde local government area extends from the Parramatta River to the Lane Cove River which encircles the area in the north, and is bounded in the east by the peninsula of Hunters Hill and the City of Parramatta in the west.

After arranging the skip bin hire (click here), you need to apply for your council permit using the ‘Skip Bin on Naturestrip Permission Form (FORM RAP 1.7)’ PDF you can download here.

Note: Waste from the construction and demolition industry can often be recycled. Refer to recyclingnearyou.com.au/demolition.

Please complete the form below:

“We used Brown Brothers twice for removal of demolition materials . The price was competitive and the service excellent.”

“Have been using Brown Brothers for over 10 years for all my construction projects. Always reliable at drop off and pick up and very competitive. Highly recommended.” 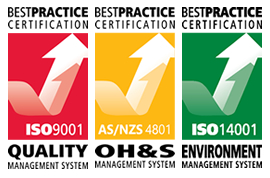